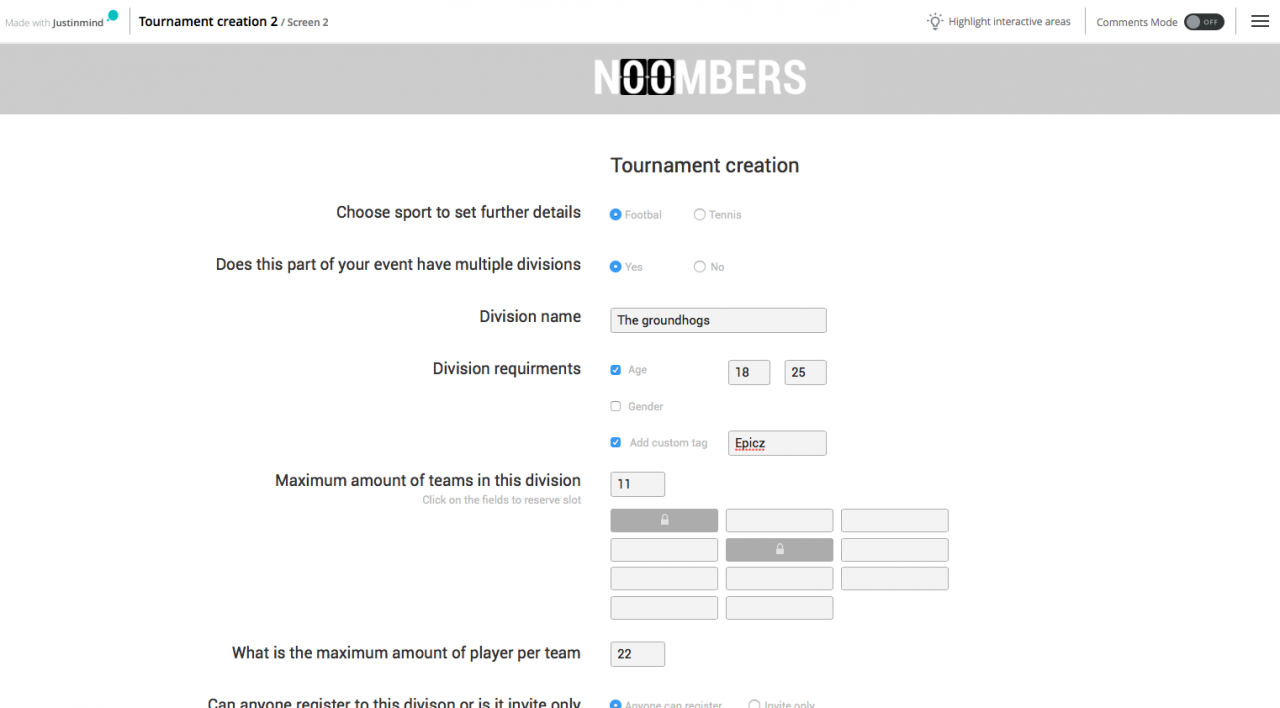 Creating an easy and simple process for creating a tournament, sounds easy and simple. But its not. The goal of this new process is to improve the current tournament creation system in Noombers. We started of thinking, what does Tim want (remember Tim from my first blogpost?). Mixing the needs of Tim, with the best of the current system, add some insights of research and we have the perfect process. At least that’s what we thought, looking over it and discussing it with the team. We discovered that we missed a few things, and that there are a lot of things required to create a tournament. In the end we came up with a way to create an modular structure for the proces. The difficult part had still to come, making a prototype from this process.

For the first prototype we made a simple low fidelity prototype, not looking at style, not really focussing on functionality only validating the process. When the prototype was finished, even without testing it, I saw a lot of improvement points. It was plain and unclear, because of all the questions. I think it’s better to have more visuals to make it simple for the user. And not give the user lots of options to choose from. The more options the more confusing it gets.

I also discovered the most epic prototyping tool, justinmind. Within a few hours I had a working prototype, it’s easy and powerful in use. But more about that in my next blogpost. For now we have to do user tests and create more prototypes. 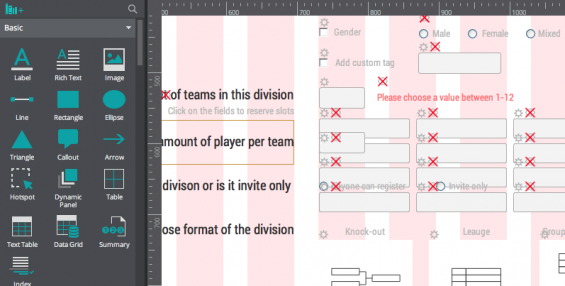